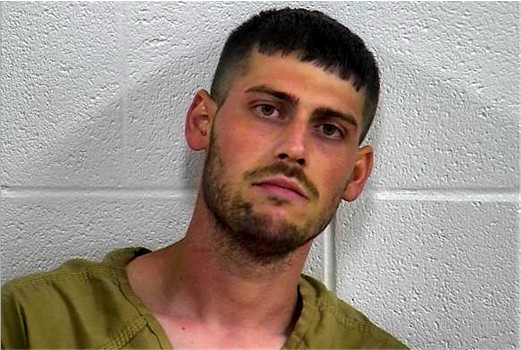 The arrest occurred at a residence off Sally's Branch Road, approximately 3 miles east of London after deputies were dispatched to a complaint of a male subject at a residence not his own holding a knife, yelling and banging on the front door of the residence.

When deputies arrived at the scene they located the male subject at the front of the residence still holding a knife.

Deputies gave verbal commands for the subject to drop the knife and he complied.

Deputies conducted an investigation determining that the subject was under the influence. The subject allegedly didn't know where he was at.

Shane Warner was charged with:

Also assisting at the scene and on the investigation were Laurel Sheriff's Deputy Brian France and Deputy Drew Wilson.