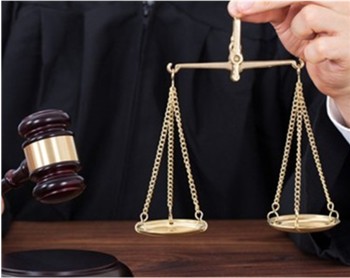 Editorial image of Judge with Gavel and Scales of Justice

COVINGTON, KY – The U.S. Attorney’s Office Eastern District of Kentucky has reported that a Mason, Ohio, woman, Amanda Baker, 38, was sentenced on Tuesday to 168 months in prison, by U.S. District Judge David Bunning, for conspiracy to distribute 50 grams or more of methamphetamine.

Under federal law, each Defendant must serve 85 percent of their prison sentence.  Both will also be under the supervision of the U.S. Probation Office for five years after their release from prison.

The sentences were jointly announced by:

The investigation was conducted by the Drug Enforcement Administration, the Northern Kentucky Drug Strike Force, and the Covington Police Department.  The United States was represented by Assistant U.S. Attorney Tony Bracke.