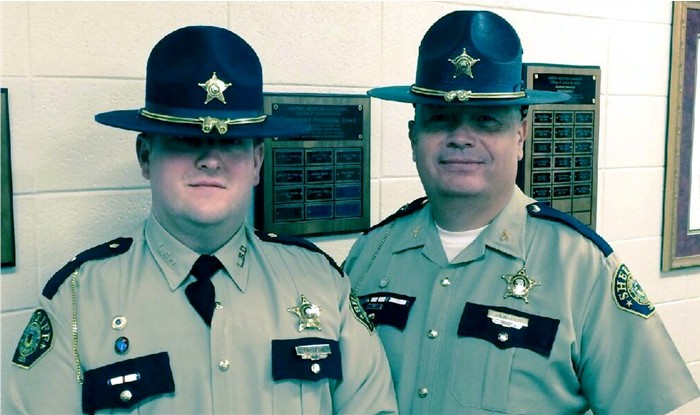 The graduation was held at the Posey Auditorium on Eastern Kentucky University's campus in Richmond, Kentucky. Sheriff John Root and a large contingent of Laurel County deputies attended the graduation.

The DOC JT provides entry-level and advanced individual training for approximately 9000 law enforcement personnel annually. The 23 week, 928 hour law enforcement basic training course is mandatory for all Kentucky law enforcement officers who are required to comply with police officers professional standards act of 1998. The graduating students represent the successful completion of a highly structured, comprehensive curriculum. As a result, each officer is better prepared to meet the ever-increasing demands placed on today's law enforcement officers.

Deputy Cody Faulconer is native of Laurel County having 6 years of prior service with the Laurel County Sheriff's office as a court security officer and most recently a bailiff. He was promoted to deputy and assigned to attend the police academy at EKU. He will be assigned to second shift which generally works from 2 P.M. until 10 PM. .

Deputy Faulconer and his wife Leann reside in Laurel County.

His parents are: Kim and Steve Faulconer both of London.