FRANKFORT, Ky. – Twenty-four civilian employees were honored Wednesday by the Kentucky State Police at a ceremony highlighting their performance and public service during the past year. 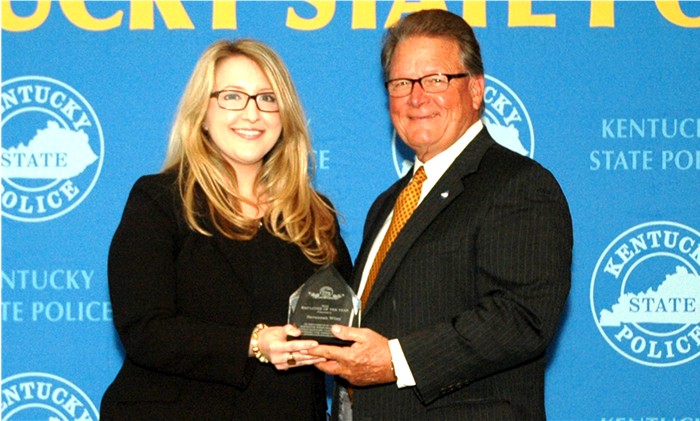 Harrodsburg resident Savannah Wiley was named 2016 KSP Civilian Employee of the Year. A four-year veteran of the agency, Wiley is a fiscal manager in the accounting section of the Financial\Grants Management Branch at KSP headquarters in Frankfort.

Wiley was recognized for her efforts in establishing a more effective procurement process and developing contacts and relationships with the Kentucky Finance and Administration Cabinet, which made contract creation easier.

“Savannah has an incredible work ethic and has on many occasions taken on tasks that were not her responsibility to ensure things ran smoothly,” said Ron Parritt, manager of the KSP Financial\Grants Management Branch. “She has yet to disappoint in anything she does.”