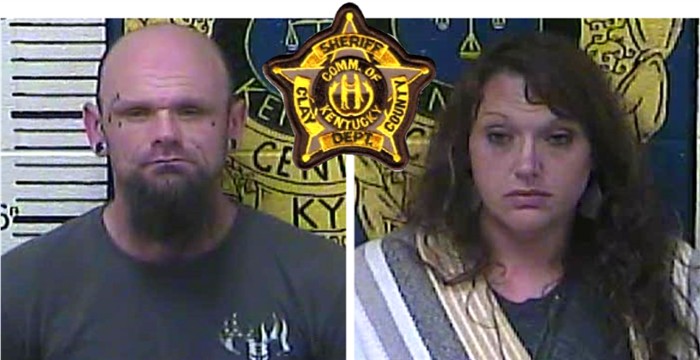 The subject then attempted to make a left turn on Maxine Way and lost control of vehicle at which time disabled the vehicle and ended the vehicle pursuit.

Both male and female occupants were placed under arrest without incident.

Confirmation with Clay County 911 showed the subject was wanted on two active warrants of a Probation Violation out of Fayette County and a Possession of Controlled Substance warrant out of Warren County.

The female passenger was arrested on two bench warrants.

Justin Russell was charged with:

Pricilla Smith was charged with: