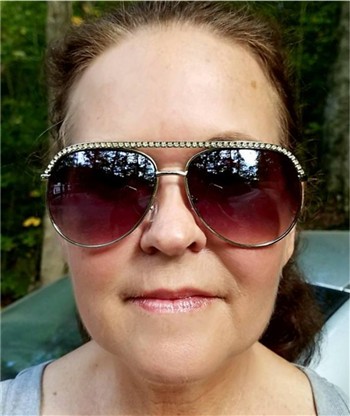 Fight to save Historic Hoskins Cemetery escalates after Judge in Clay County, Kentucky rules in favor of School Board to unearth 70+ graves of Infants, Indians, Veterans, and others buried in the Cemetery during the past 125 years.

By Stella B. House, Attorney-at-Law, PSC

MANCHESTER, KY (June 10, 2022) - On Thursday afternoon June 2, 2022 legal counsel for the parties made their oral arguments before Clay Circuit Court Judge Oscar G. House regarding the Motions to Dismiss filed by the Clay County Fiscal Court and Clay County School Board (the Board”) in the state court action filed by the Friends of the Hoskins Cemetery (the “Friends”) regarding the proposed disinterment and relocation of the graves in the Hoskins Cemetery (the “Cemetery “). At the conclusion of the oral arguments, the attorney for the Board submitted a proposed Order to Judge House. Then, Judge House stated that he was taking the Motions to Dismiss under submission and granted me, as legal counsel for the Friends, until Friday, June 10, 2022 to submit a proposed Order.

The very next day, on Friday morning June 3, 2022 I, as legal counsel for the Friends, received the following text message from Judge House:

“After court yesterday afternoon, … decided that the defendants’ Proposed Order correctly reflected my position and have Entered that Order this morning." In other words, Judge House ruled against the Friends and in favor of the Board on Friday morning.

Now, the Friends have ten (10) days from Friday, June 3, 2022 to file a Motion to Alter, Amend, or Vacate the recent adverse ruling by Judge House. After a ruling on the Motion to Alter, Amend or Vacate by him, then the Friends will have an opportunity to appeal the adverse state court ruling by him one time as a matter of right to the Kentucky Court of Appeals. So, the committee established by the Friends will meet to make a decision about these matters and other possible legal action soon.

In the meantime, there are many questions swirling through my mind about the Board’s proposed relocation of the Cemetery. Where is the Board getting the large sum of money needed to unearth the graves and relocate the Cemetery? Wouldn’t this money be better spent on other projects? Why can’t the Board use some of the remaining balance of the 140 acres of land owned by it in that area for an athletic complex expansion or parking lot?

The Friends offered every possible accommodation. The Friends asked the Board to build a tall brick or stone wall around the Cemetery, which consists of only .379 of an acre out of the Board’s 140 acres of land there. The Friends offered to agree to limited hours of visitation at the Cemetery during days and times when there is no school in session and no school activities taking place at the Manchester Elementary School (“MES”) or Clay County High School (“CCHS”).

The Friends offered every possible accommodation for the continued co-existence of the Cemetery and the schools, but the Board rejected all of them. Instead, the Board espoused bogus scare tactics as reasons for removal of the Cemetery, which has co-existed peacefully with these two schools since their doors opened to students many years ago. I believe MES opened around 1976, and CCHS opened around 1991. In all those years, the Cemetery has co-existed peacefully with these two schools and never caused them any problems to my knowledge.

Sadly, I truly believe that the Board is attempting to relocate the Cemetery solely for the esthetic purpose of making CCHS and it’s athletic complex visible from Highway 421. It’s difficult to believe that such vanity in the name of progress may result in the displacement of the Cemetery, a historic place where Native Americans, Veterans of several wars, and others have been laid to rest for over a century.

I, personally, thought the hill protected CCHS and it’s students - out of sight/out of mind - from federal prison inmate escapees and others who don’t have any reason to come to the CCHS school campus. I definitely see no public necessity for the relocation of the Cemetery. Hundreds and hundreds of people feel the same way and have thanked me profusely for my efforts on behalf of the Friends and the Cemetery.

I sincerely appreciate their kind words and am only sorry my fight against this plan has failed to date, but I will continue to fight the good fight regarding this inappropriate political action. I also will stand strong against other similar inappropriate actions which I view as corrupt and/or immoral to the very end of my days on this earth. Then, if politicians or others ever attempt to unearth my remains and disrupt me from resting in peace in perpetuity after I am laid to rest, I pray someone will stand strong against it and fight for my family.

I will leave you with this final thought:

As English Prime Minister Gladstone said almost a century ago now, “Something cannot be morally wrong and politically right.”

THE FOLLOWING ARE VERY INFORMATIVE LINKS TO ARTICLES WITH VIDEOS RELATED TO THIS ONGOING HOT TOPIC ISSUE: